To better know the story of the mighty building that currently holds SDivine Fatima Hotel, Congress & Spirituality we have to tell the story of a religious catholic congregation that established itself in Portugal in the 1940’s, the Congregation of the Divine Word, founded in 1875 in Steyl, Netherlands. 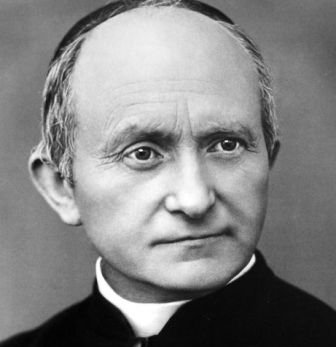 It was at the hands of a German priest, Arnaldo Janssen, that the Congregation of the Divine Word was born, in Steyl, Netherlands, in 1875. Since its genesis the mission of the Congregation is, above all, the dedication to the poor and marginalized and to that effect, reunited in international and multicultural communities, the Congregation has been instigating the missionary spirit and responsibility, along the years. It was through the Missions Seminar, founded in Steyl, that various Divine Word Seminars, scattered around the world, were born. This religious and missionary community of laity and clergy has now over 6.000 members, from more than 50 nationalities and it’s still growing. 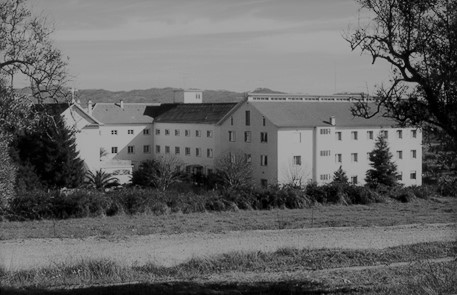 Missionaries of the Divine Word in Portugal

With two very clear objectives, contribute to a greater missionary awareness of the Portuguese people and promote missionary callings, the missionaries of the Divine Word settled down in Portugal in 1949 and quickly spread their presence to numerous places in the country. After the first seminars in Tortosendo and Guimarães, Fatima was the elected location to build the third house of the congregation which, among other important features, would become the government headquarters of the congregation in Portugal. The numerous congregation buildings, known as Missionary Houses for many decades, had as their main goal, the preparation and dispatch of priests and brothers to mission territories. 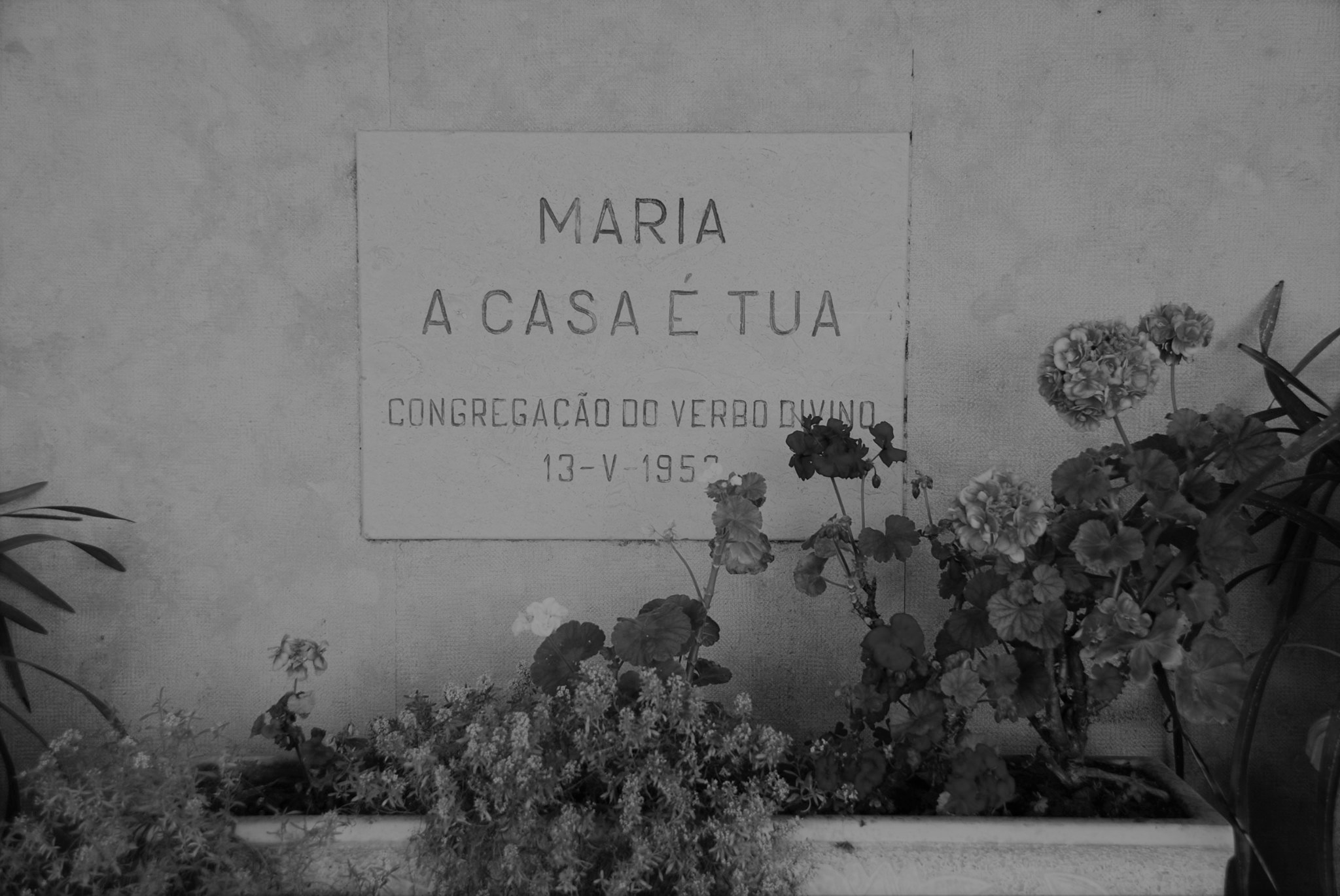 Construction of the Divine Word Seminar in Fatima

Unlike the other two seminars of the Congregation that already existed, Tortosendo and Guimarães, the construction of the building in Fatima did not have financial support from the State. Despite the increased effort for the Congregation, that situation contributed to the autonomy and independence needed for the implantation of a very solid building, where it was possible to use noble materials, thus far little used in construction in Fatima, which would not have been possible with the technical intervention of the public administration.
The construction work elapsed over a relatively small period of time and on the 13th of May 1953, D. Francisco Hoowarts, bishop of the diocese of Tsaochowfu, China, was blessing the first stone of the new Seminar in Fatima. The stone with the inscription “Mary the house is yours” signalized the new place as a Marian missionary house and it can still be found in the porch of the building´s concierge. 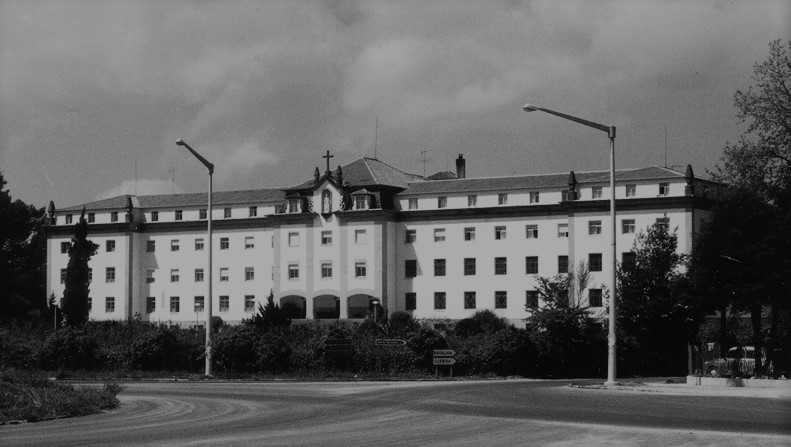 Inauguration of the Seminar of the Divine Word building in Fatima

On the 21st of September 1954 the Seminar of Fatima started its first academic year, after the first ten novices of the congregation in Portugal received their distinctive religious garbs, on the 8th of the same month.
In 1955, when the construction work was almost concluded, people were living a particular important moment at the Seminar: on the 13th of May an image of Our Lady with about two tons was placed on the frontispiece of the seminar.
On the 1st and 2nd of June 1956 the inauguration of the solemn house of Fatima was manifested, an event prepared and lived in an intense way in which the auxiliary bishop of Leiria, D. João Pereira Venâncio, attended and presided over the chapel´s rite ceremony and its respective altars. 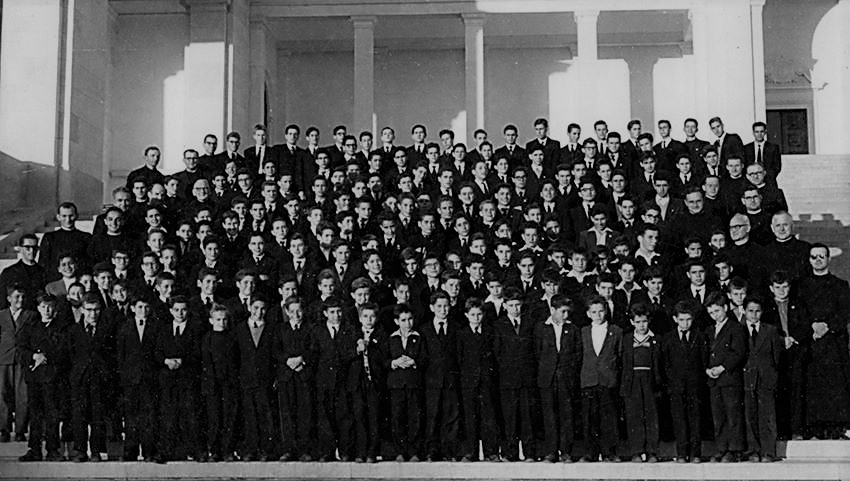 The end of the missionary formation activity in Fatima

Since the beginning, the specificity of the localization pointed to the possibility of a more diversified activity for the building of Fatima. Many pilgrims and other church groups would reach out to the house seeking a place to spend the night. Therefore, through the years, the place underwent several changes to be able to respond to that necessity in the best way possible, making itself a cosier space without, however, losing its character.
The house of Fatima, familiar with the student flow of other houses that went there to finish their humanistic studies for decades, ended up admitting only the students of the complementary years during the 1980´s; remained as a boarding school until 1989. In that year, a cycle ended, a cycle that had begun at the end of Summer 1954 and all students there were displaced to the Seminar of Guimarães.